On the Front Line. The Ukrainians Who Won't Give Up

The southern Ukrainian town of Mykolaiv is an important logistical hub and shipbuilding centre, with access to the Black Sea and the Southern Bug River. Some of the largest military vessels of the Soviet era were built here, including the cruiser Moscow, sunk in mid-April by the Ukrainian military.

But the symbol of the port’s current situation has become the region’s administration building, which was destroyed by a Russian missile on March 29. Pictures of the nine-storey building with a chasm in the middle have spread all around the world. The region’s governor, Vitali Kim, who is extremely popular on social media, was out of office and escaped, but 37 other people lost their lives.

Mykolaiv is on the road towards another symbolic southern centre, the city of Odesa. But the Russian troops from the Crimean Peninsula that are headed towards Odesa stumbled near the entrance to Mykolaiv in the face of Ukrainian resistance.

Currently, the Russian army is around 20 kilometres away from the city.

Daily shelling has destroyed part of the town’s water supply, so for the last three weeks people here have had to get their water from wells and springs or from other sources provided by the authorities.

To meet their household needs, residents also take water from the river.

In line for water, the PressOne team met Dima, a 19-year-old boy. He had come with two five-litre plastic bottles on his bicycle and wanted to fill them to help a neighbour.

Despite the situation and the obvious damage done to the city by from the explosions, Dima told us he didn’t want to leave. His father is fighting in the Ukrainian army and he is looking after his family. „Fear doesn’t help, it kills you, it doesn’t bring anything good,” he concludes.

Olena lives in the same neighbourhood as Dima. She doesn’t want to leave the city either. She thinks Ukraine will win the war. Her husband volunteered to join the army, and now he’s off fighting.

Before the war, the town had about 500,000 inhabitants, but half of them left, according to press estimates.

For most of the people I spoke to, Vladimir Putin’s war is hard to understand. Especially since in Mykolaiv, as in Odesa, many of the residents are Russian-speaking Ukrainians, and for more than two months they have been victims of Moscow’s bombs.

„The fear is gone and only anger remains. Now we know which nations are our friends and which are not,” the administrator of what used to be a cycling club says emphatically.

The room we’re chatting in is full of racing bikes, but is used as an underground shelter in case of an attack. All the club members, many children and young people, have left for safer areas in Ukraine or abroad.

Together with the Ukrainian soldiers, we went to the village of Zelenyi Hai, disputed between the two sides and recently liberated by Kiev’s military forces. The destruction of war is everywhere. Even the school and kindergarten have been bombed by the Russians.

The only people left in the village are the elderly and the streets look deserted. Sasha is 70 years old, and speaks with a certain reserve. He says he didn’t run away because he had nowhere else to go. He’s also gotten used to the explosions.

Two helicopters destroyed in the early days of the war are slowly decomposing on nearby farmland. Yuri, a volunteer in the Ukrainian army, shows them to us with a certain satisfaction.

Also buried in the field worked by Ukrainian peasants? A Russian pilot, from the crew of a downed helicopter. 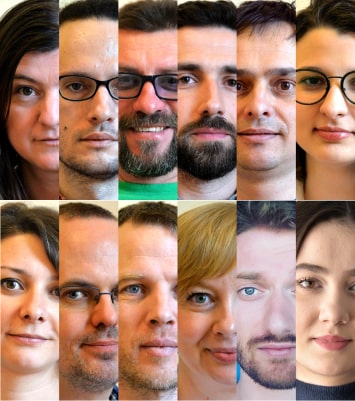 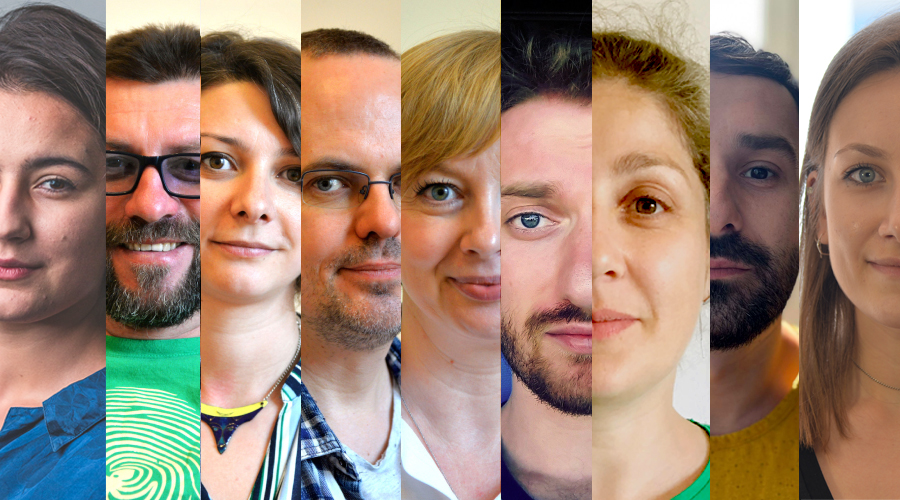